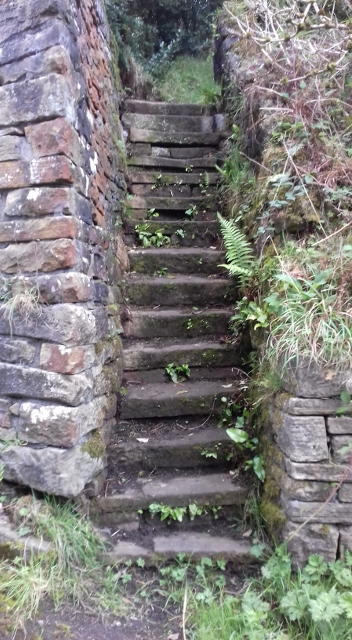 Hilda’s steps on Holmfirth Footpath 161 have now been cleared of the Amazonian rain forest which had taken over.

For the first time in a decade it is possible to walk these  steps whilst being able to see all parts of your anatomy below the hips. Pretty vital to keeping on your feet on a steep flight of steps like this. The vicious nettles at the top of the path have also been strimmed off.

This is one of the paths Cllr Paul Davies has helped get cleared. It just goes to show the positive impact a councillor can have on local public rights of way .   It’s a refreshing change from councillors acting on behalf of path blockers, defending 4×4 use on vulnerable local lanes and arguing against the use of the widely agreed British Standard for gates ,gaps and stiles. And of course it is what the council should be doing and is a far more cost effective use of resources.