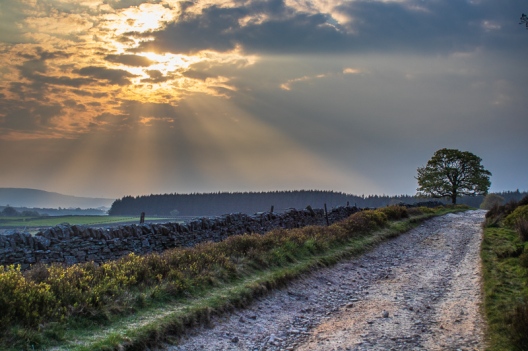 The Councils planned repairs to the top section of Ramsden Road which were due to be undertaken in April/May 2020 are now delayed due to furloughing of the chosen contractors.

This marks yet another twist in the authorities complete inability to repair and maintain this popular public highway. The Council has known about the state of Ramsden Road for over 20 years and successfully managed to ignore it throughout that time.

PathWatch first became involved in trying to get something done in 2017. I met the Greenspace Manager from Kirklees on site in December 2017. He was very clear that 4×4 vehicles were causing the extensive damage and that they “must” be taken off the lane prior to the council undertaking repairs. To that end the Greenspace Manager commissioned an Experimental Traffic Regulation Order which would ban motor vehicles from the route for 18 months. During that time period the council would survey,repair and monitor the site prior to taking off the restrictions, if appropriate.

The legal order cost £6k. The works on site to physically close the route in November 2018 cost £2.5K. Unfortunately the Experimental Traffic Regulation Order was full of errors and unenforceable. Any reputable public authority would have corrected the errors and continued but Kirklees abandoned the process. They say the decision to abandon the ETRO process was a delegated officer decision. Yet they have no record of this decision.It appears to have been made outside the Councils constitution and the legal requirements councils are obliged to operate within.  This has led us all around the houses to where we are now ie continued and expensive vehicular damage to Ramsden Road, a postponed scheme to repair the top section and no plan at all to repair the hazardous downhill section.

Had the Council done its job properly Ramsden Road would have been closed to motor traffic for 18 months from December 2018. In that time the council would have repaired the entire route which would now be due to reopen to all traffic in just a few weeks time.

However we are stuck in the Kirklees Komedy Klub with few laughs and no end in sight to the tedious chuckle broteresque escapades.